Catch Me Outside Girl Vs Kylie Jenner

The Catch Me Outside, How Bout Dah girl goes up against Kylie Jenner and the rest of the Kardashian clan.

It's a fight to the death, no one gets out alive - Who would you pick?

5 Dumbest Things Ever Said by the Kardashians

Guts (Berserk) Vs The Jojo Gauntlet

Guts (Berserk) Vs the Jojo Gauntlet  -

Each Jojo of Jojo's Bizzare Adventure faced at their peak, one after another, in chronological order.

How would this battle turn out?
Posted by FactPile at 1:00 AM 3 comments:

Tour of the Admin's Mancave

Posted by FactPile at 3:06 PM No comments:

Lord of the Rings Vs Star Wars Vs Harry Potter

We are picking the particular powers that each franchise centers around:

Lord of the Rings - The Ring

Who would win given each of these powers against the other?
Posted by FactPile at 9:26 AM 4 comments:

Pick 2 to protect you.

The rest will try to kill you.

What are your choices?
Posted by FactPile at 9:13 AM 1 comment: 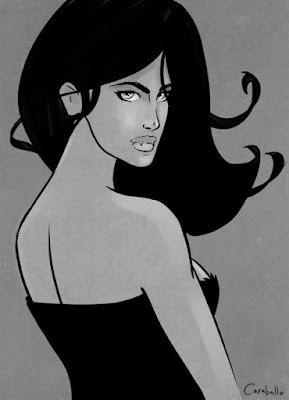 Mystical and serene, she prowls the world looking for those who can help achieve her quest.

Sign up to learn more at www.DeathMonk.com
Posted by FactPile at 6:02 PM No comments:

A bit of a different match.

For this duel we have a classic chess board.

The rivals approach and sit for an epic match of wits.

One person has the ability to see the future.

The other person can read minds.

Who would win this chess match?
Posted by FactPile at 6:30 AM 2 comments:

In the not too distant past, this was not even close (In my opinion). But since the first three games released in each franchise, the arrow is CLEARLY pointing up for the Mass Effect franchise, while Halo tries desperately to be more like Call of Duty with every release (Yes, I know they are purposely targeting that audience, and in doing so, have left old farts like me in the glorious past of the franchise).

With the next iteration of Mass Effect arriving in 2017, will Halo 6 even be relevant in 2018 when it comes out?

Which franchise is better?
Posted by FactPile at 7:21 AM 1 comment:

John Wick Vs The Terminator

With the arrival of John Wick 2, it's time to give him a challenge that would really test his limits.

Sure, almost all his kills are headshots (with a seemingly auto-aimbot enabled).  We know the Terminators are tough and *eventually* you would think that enough bullets to the head would slow the Terminator down.

Could Wick survive long enough to finish off his enemy? Keep in mind that Wick uses a lot of hand to hand and up close combat to achieve victory. Against a Terminator, that would be a bad move.

So, who would win this fight?
Posted by FactPile at 6:00 AM 4 comments:

Well, there is a certain date here on FactPile where I take liberties and post a match that I want to personally see.

Anyone who's been on the site knows that these characters are from my favorite franchises - Robotech and Star Wars.

Many people already know about Fett and what he brings to the table. For this battle, Boba Fett needs to capture Scott Bernard alive in order to collect his bounty.

The battle takes place at the crash site on Earth when Scott first lands on Earth.

Fett cannot use the Slave I to help. Instead he must use his tracking capture skills to get his target.

Will Boba Fett collect his bounty?
Posted by FactPile at 7:48 AM 2 comments:

Another oldie from the past.

No one can deny the adaptability of the AK-47 and the amazing run it has had as the preferred weapon of choice for so many years.

The M-16 is the competitor that brings along it's own impressive set of configurations that allow for seemingly endless ways to customize the rifle to the owner's wants.

If you could only have one, and have a horde of zombies approaching, which would you want in your hands?
Posted by FactPile at 6:49 AM 1 comment:

Yes, an old school smackdown of two of the oldest video game characters around.

First up is Pac-Man, able to keep up by consuming just about anything in has path (as long as it's not colored ghosts) going up against Donkey Kong, barrel-thrower, kidnapper and bongos banger.

Only one can walk away from this duel - who's it gonna be?
Posted by FactPile at 5:00 AM 1 comment:

This video match is one of the most debated posts on Youtube and I'm testing the features and other social platforms.
Posted by FactPile at 9:25 AM 3 comments:

Yes, I know these aren't the same style of game. But for the sake of this particular match, we are comparing gameplay, visuals and the most essential element - FUN.

Characters that are diverse and bring a unique play style is a strength of Overwatch. Battleborn seems to be more of a "level" up style of play.

Regardless, given the popularity of these games, which do you prefer and why?
Posted by FactPile at 9:01 AM 7 comments:

Return of the Pile?

Since my broke ass can't afford the hosting, I thought I would see how things go if we tried the FactPile model here on Blogspot, and hopefully, avoid the hosting problems.

I'll re-post some old matches and add some new as I figure out how to use the Blogspot platform.